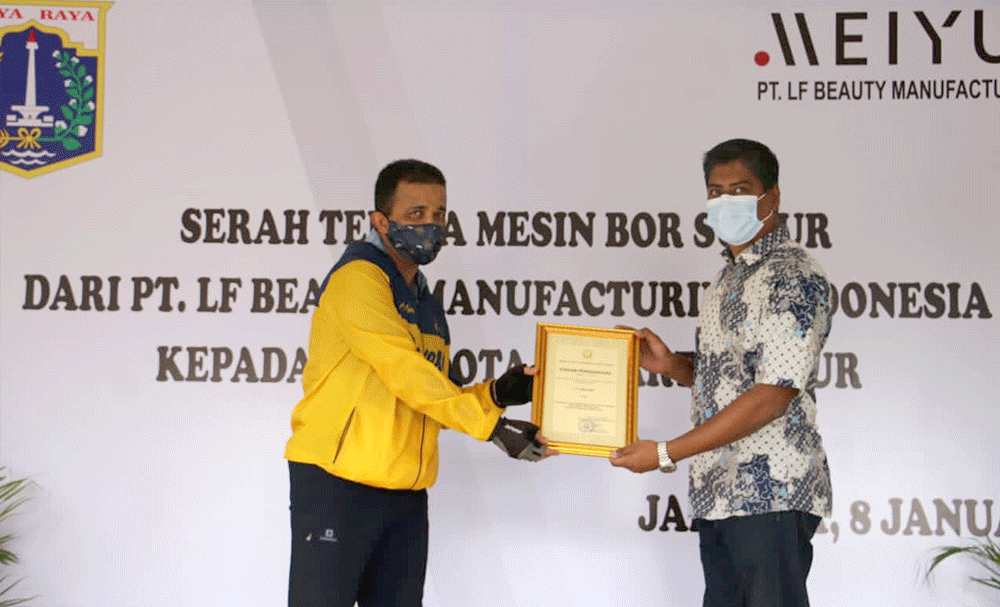 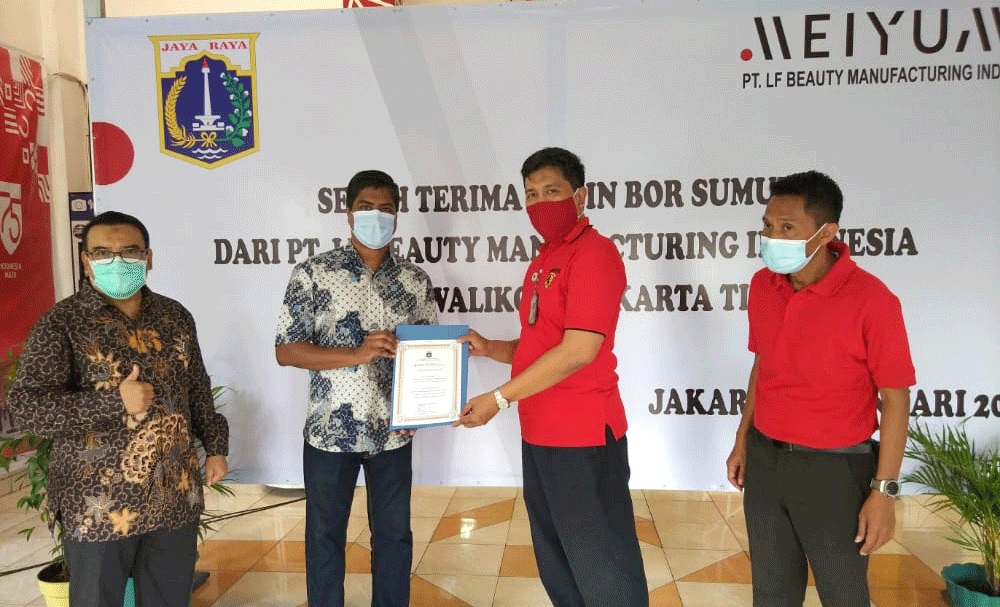 EAST JAKARTA, INDONESIA January 2021 – Meiyume has always been committed to giving back to the communities where they live and work and the Indonesia team kicked off the year celebrating several awards from the city government of East Jakarta.

As part of company’s CSR program, Meiyume Cares, Meiyume Indonesia provided the local government with a well-drilling machine to tackle flooding in surrounding areas. This lead to the development of more absorption wells and started a movement to save water in the East Jakarta area. To show their appreciation, the city government of East Jakarta invited Meiyume Indonesia to an awards ceremony to receive recognition for their initiative.

The awards were presented by the Mayor of East Jakarta, Mr. M. Anwar, in appreciation for Meiyume Indonesia’s participation in dealing with floods in the East Jakarta area. Pravinthra Ramanathan (Senior Manager, Manufacturing) and Achmad Zulkarnaen (Manager, GMP & Compliance) received the awards on behalf of the team. 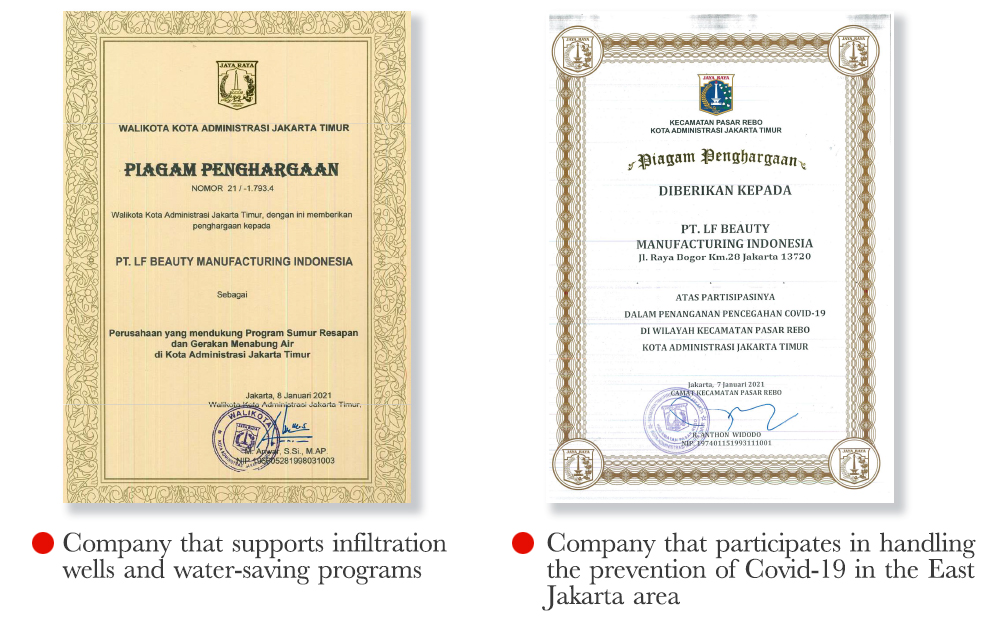 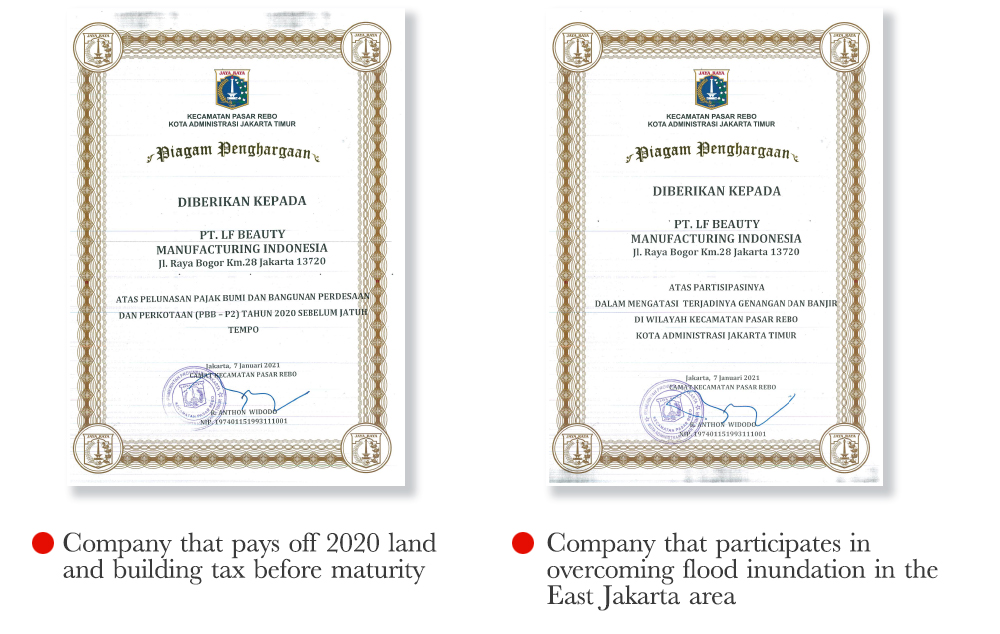 Congratulations to the Meiyume Indonesia team for starting off the year with such high level of recognition from the local government.

Looking ahead, Meiyume will continue to give back to the communities and those in need and offer them support, whether it is in the battle against Covid-19 or other natural disasters. They are committed to being a world class organization who empowers those around them for a better future.

Meiyume Cares
We are deeply connected to the communities in which we live and work. In times of crisis, it is more important than ever to support our communities.

Our colleagues across the globe have shown great dedication and solidarity in these trying times as we all take part in the fight against Covid-19 and other natural disasters. We aim to take care of those most vulnerable through our initiatives and are committed to being a world class organization that empowers those around us for a better future.

Together, we are stronger.